Avenue to Learn Knowledge Base

This release updates the list of retro or legacy browsers (specific older versions of supported browsers). If you are using a browser below the latest updates, the “Your browser is looking a little retro” warning message appears. The browsers include:

Previously this message would only show for browsers under Chrome/Edge 100, Safari 15, and Firefox 99. There are no changes to legacy browser requirements that remain at versions below Chrome/Edge 74, Safari 13, and Firefox 67.

To improve consistency in the Editor, this release updates the Editor so that it renders all equations during editing or creation in the same MathJax format as when published.  This helps with correct formatting and spacing of equations, which makes it easier to review work prior to publishing.

Previously there were layout and styling differences during creation and editing; the former used WIRIS format rendering and the latter MathJax.

Note: There are no changes to the Equation Editor used to create an equation to insert into the editor.

Figure: The Equation Editor showing the rendering of an equation during creation after the January 2023/20.23.1 Release.

Figure: The Equation Editor showing the rendering of an equation during creation prior to the January 2023/20.23.1 Release.

Previously, learners could access Content in Pulse, but could not see information included in topic descriptions that were visible in the Avenue web application. 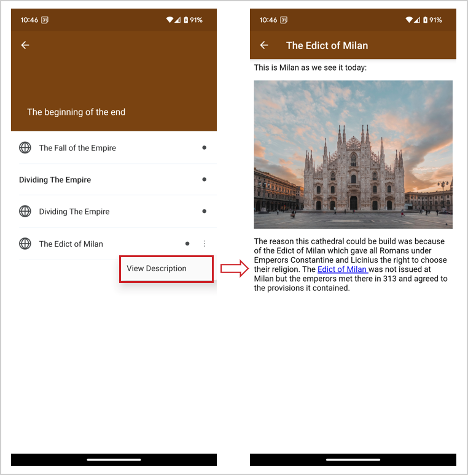 Figure: The View Description option for a topic in Pulse.

Previously the only options were New Threads Only and Threads and Replies. 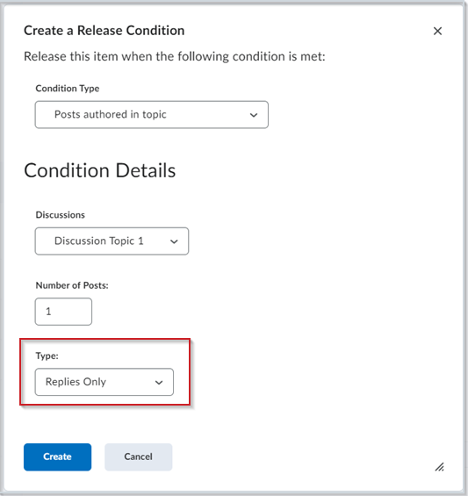 Figure: The Create a Release Condition dialog with the new Replies Only option selected from the Type drop-down menu. 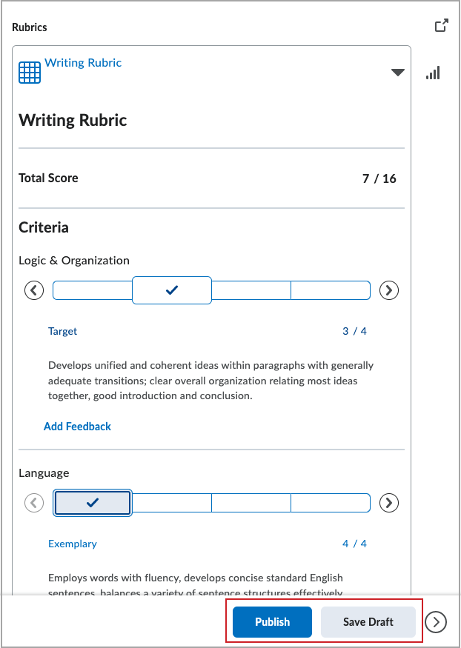 Figure: The Publish and Save Draft buttons on an in-process evaluation. The Saving and Saved indicators no longer appear at the top of the evaluation window.

Previously, when the icon appeared outside the expanded rubric tile, the space available to grade tasks was limited by the space used by the icon.

Figure: Now, the Rubrics Statistic icon appears at the bottom of the collapsed Rubrics tile.

Not the solution you were looking for?

Click the link below to submit a support ticket.
Submit Avenue to Learn Ticket